» Is This How We Campaign Today?

Is This How We Campaign Today?
Go to this article

There is a new campaign ad coming out of San Fransisco that features a group of kids singing a song about a world where Barack Obama does not win in 2012.  In this video, the kids sing a song that portrays a world filled with poisoned air, a world where homosexuals are ‘fixed’, a world that is more similar to an Orwellian nightmare than the America we know today.

While progressives and conservatives can argue about which candidate more closely reflect Americanism, the notion that an Obama victory or a Romney victory will create an apocalyptic world where, from the left’s perspective, people are slaves to the corporatist serfdom Romney will create, or, from the right’s perspective, a world where people are enslaved to the Statist totalitarinaism Obama is trying to build, seems out of bounds and out of proportion to the differences between the two canddiates.

A 2013 Obama world would reflect progressive beliefs in government’s responsibility and obligation to lift up the lessers and level the playing field for all Amercans.  A 2013 Obama world would reflect secular value systems where the Rule of Law is based on a simple principle of balancing out the freedoms of individuals with the freedoms of collectives.

A 2013 Romney world would reflect conservative beliefs in government’s responsibility to ‘get out of the way’ of the free market coming up with solutions to create a level playing field for all Americans.  A 2012 Romney would would reflect ‘Godly’ values (Judeo-Christian values) where the Rule of Law is based on the values of being ‘Godly’ in our relationships between man and man, but protecting our freedoms to pursue our own relationships between man and God, or man and no God.

These two ideologies are fundamentally at odds with one another, so there stands to be a significant proportion of America, probably about half either way, that will feel as if their basic rights and values will not be protected in a 2013 Obama or a 2013 Romney world.  But neither side, not conservatives or progressives, will experience the apocalyptic visions being cast on both the left and the right to scare people to vote for their preferred candidate.

Ugh. Indoctrinated lib-kids sing about how horrible the world will be if we don’t reelect Obama

Apparently this was put together by a San Francisco ad team that believes Romney will kill the planet or something. It’s a horrible song and it’s the left using kids that have no idea what they are really promoting to push their leftist agenda.

Read Post on therightscoop.com - Ugh. Indoctrinated lib-kids sing about how horrible the world will be if we don’t reelect Obama
Conservative Blogs

Read more on this related topic- Is This How We Campaign Today? 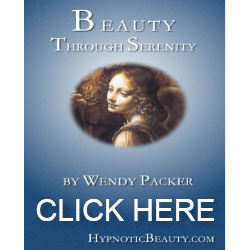